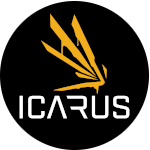 All settings listed below

Because of this, it is possible that starting a prospect on one server and then quitting the game before you’ve completed that prospect may result in you being unable to pick up where you left off, like for example if the next time you try to log in a different group is playing a different prospect on the Alpha Cohort server. If you get stuck in this situation, there is a possibility you could lose ALL workshop items you took with you on that drop if you fail to return to and complete or safely exit the prospect before it expires or is deleted. Also, prospects persist beyond the point when the team completes them. The server will not keep them running, but any player can load them. We ask that if you are part of a team that starts a prospect on either of the servers and then has to log out before it’s completed, please let us know by submitting a support ticket for ICARUS in 🙋-support-ticket🙋. If you do not notify us that you want a prospect saved, your prospect may be DELETED before you are able to reload it! Otherwise active prospects will autodelete at the end of their mission time limit, and there is nothing we can do to prevent that in the case of extended leaves from the game. Fortunately missions are small in scope, so losing one isn’t that big a deal. Losing workshop items is much more painful, so use insurance wisely.

To play on our ICARUS servers, you will need to download the following mods from the following locations and unzip them to [IcarusInstallDirectory]\Icarus\Content\Paks\mods. If the mods folder does not exist inside the Paks folder, create it and put the mods inside it. This will make it much easier to manage your mods over time. Each bullet is a mod author. The lines after the mod author’s name indicate which mods from that author we are currently using. A blockquoted link the location where you can download the mod follows each list of mods. Alternatively, you can download the ZIP file attached to this message and unzip it directly to your ICARUS installation directory. • CritFail Envirosuits Modules and Backpacks Outdoor Stations Overhaul Pneumonia_B_Gone WasteNot_ALL

We reserve the right to change these rules, add new ones or adapt existing ones at anytime.